The Indian that longed for the high north 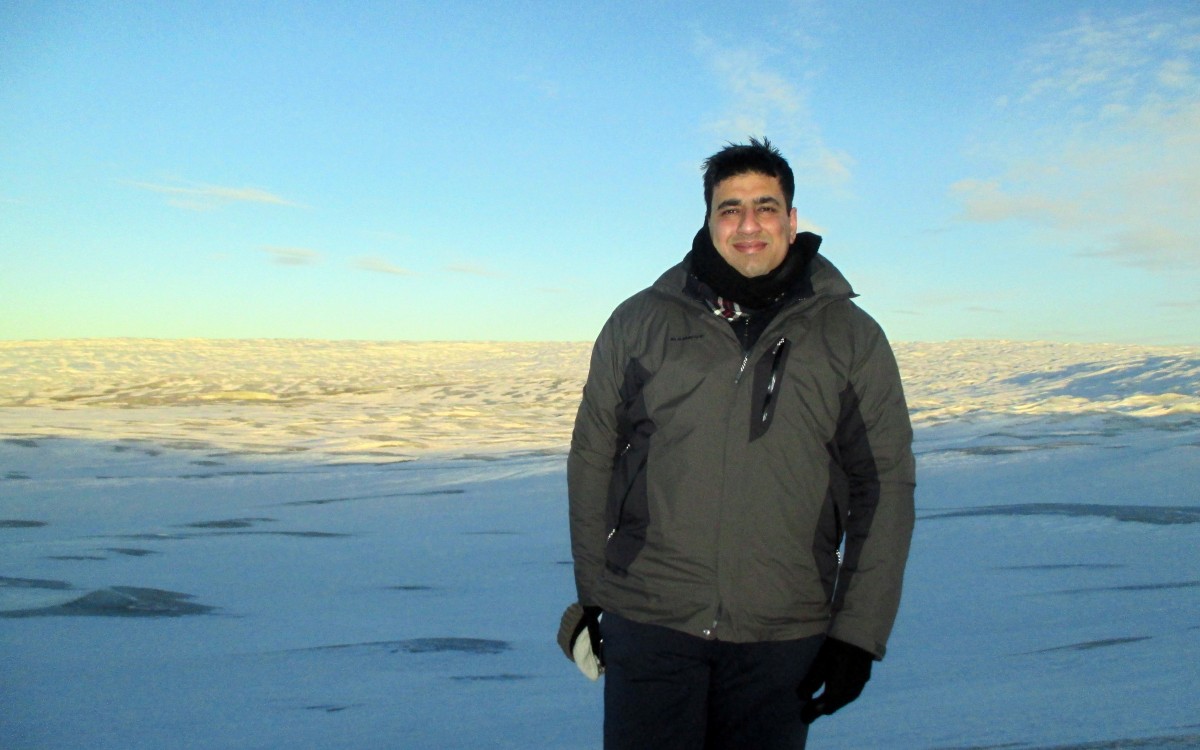 The further north, the better. Suyash is having a great time at the Greenland ice sheet in 2014. Photo: Private

When Suyash Jolly applied for a visa to visit Greenland in November, the embassy asked if he was kidding.

In the middle of his twenties, the future researcher of Nordland Research Institute was living in the southern parts of India, where temperatures of 45 degrees wasn’t uncommon. All though Suyash didn’t mind the heat, he longed for the north, for the cold and the darkness of the polar winter.

And after several turn of events – which Suyash himself describes as lucky – he got plenty of cold and darkness.

But Norway made him wait.

– I was studying mechanical engineering and got interested in systems for recycling plastic bottles. How could such a system work in India? At that time only Norway had conducted research on that topic, so I got in touch with a few researchers working in NTNU and got information from them, Suyash says.

– After finishing my bachelor’s degree, I applied for a master’s degree at NTNU. But I got rejected and instead ended up in Eindhoven, in The Netherlands.

Suyash completed both his master’s degree and PhD in Eindhoven. As a part of the master’s degree, he wrote an article about Indian social enterprises specializing in off grid solar energy.

– It was the first academic article I had ever written, but somehow it clicked and people started reading it. It is to date my most popular article in terms of readership and citations, Suyash says with a smile.

While working on his PhD, Suyash and a friend did something that shocked their colleagues in Eindhoven.

They went to Svalbard.

– It was in April. We didn’t know what conditions to expect and showed up in simple sport shoes and ordinary jackets, Suyash says.

Not everything went according to plan. A snowmobile tour never happened because Suyash’s watch froze to death in the Svalbard cold and the never setting sun made the two friends lose track of the time of day.

– It was extremely beautiful; I had never seen anything like it in my life.

In 2013, Suyash travelled to Iceland. And in November 2014 he decided to go to Greenland all by himself. That was when the embassy thought he was kidding.

But Suyash was indeed serious and earned himself a new once-in-a-lifetime experience.

– I came all the way to the icecap of the biggest glacier in the world. It was like I had landed on a different planet.

In 2015 Suyash tried dogsledding for the first time, in Lappland in the north of Finland. In 2016 he did something else: he organized one of the biggest PhD-party ever seen by Eindhoven University of Technology, together with a friend who had started and finished his doctoral degree at the same time as Suyash.

The party was great but signaled the time to move on.

– Again I applied for jobs in Norway, but this time I ended up in Stockholm, Suyash says.

A couple of years later he moved to Svedala, a little town in Skåne. On one of his many travels, he went to Reine, Lofoten. On his way back, he spent half and hour in a town called Bodø.

– I had never heard about the place before, but later when I searched for a new job, the name came up again.

– Most people I know like a sunny and warm climate, but I prefer the cold and the darkness. Some of my colleagues and friends have suggested that I won’t be completely happy until I get a job on the North Pole. 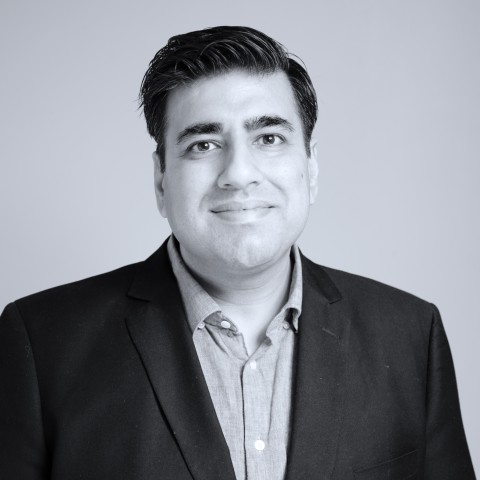